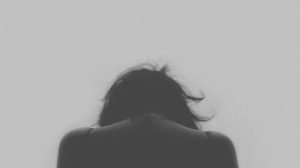 I write this post with caution and care for the issue of Germanwings flight 4U9525 is such a sensitive one and behind it all are hundreds of families in deep mourning.

While clearly, death and destruction hold a certain fascination for us, I do also believe that certain circumstances call upon us to exercise restraint, particularly in the reporting of sensational news, such as this.

I am particularly concerned given that behind this horrific, tragic, unfathomable incident there seems to be a serious case of mental illness. Having personally been touched by suicide twice, I have first-hand experience of how difficult, for want of a better word, it is for those left behind to grapple with the reality of what has happened.

Two dear friends chose suicide as their way to exit this world. A German friend took his own life over 15 years ago and I found out because his then-girlfriend found my address in his personal belongings and mailed me his obituary notice, in German. I thought it was a wedding invitation before I opened the envelope and saw his name on a white card surrounded by a thick black border.

A dear Italian friend passed away just shy of one year ago and I collapsed on the floor when a mutual friend called to tell me the devastating news. My love for this human being was pure and deep, my admiration for him knew no bounds, so much so that a deciding factor in choosing my son’s name was this very man’s own. I couldn’t and still cannot begin to understand how he clearly didn’t see himself the way I did. Worse still, was knowing that he felt there was no other way out, that he couldn’t share his emptiness, that he felt so alone in that moment that he didn’t stop to think for a moment before he jumped. I miss him every day till today. I will continue to till the day I exit this scene.

My friends died alone, they took no-one with them.

So I cannot help but wonder how unwell the pilot of that Germanwings flight must have been to have not only proceeded to kill himself in what seems to be a cool and detached manner, but to have done so while murdering so many others.

Do we really need to know that his supposed-girlfriend is pregnant in all this? Really? Is this the type of information this ‘story’ should be focusing on?

One thought on “The dark deep recesses of the mind”